Bristol’s Race Equality Strategic Leader’s Group have led a number of city-wide and award winning projects delivering innovative research, transparent publications and high profile events. A summary of some of the key outputs of the group to date are listed below: 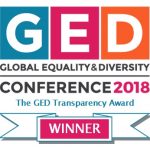 Version 2 – Late 2019 saw the finalisation and launch of Bristol’s second city-wide Race Equality H.R. data product. The report was formally launched by Deputy Mayor Asher Craig at the Race and the City Conference. Bristol’s city-wide partnership approach to driving this product forward has been commended by Lord Woolley and the Cabinet Office during this Civil Service World publication who highlighted Bristol as leading the way nationally with this project. 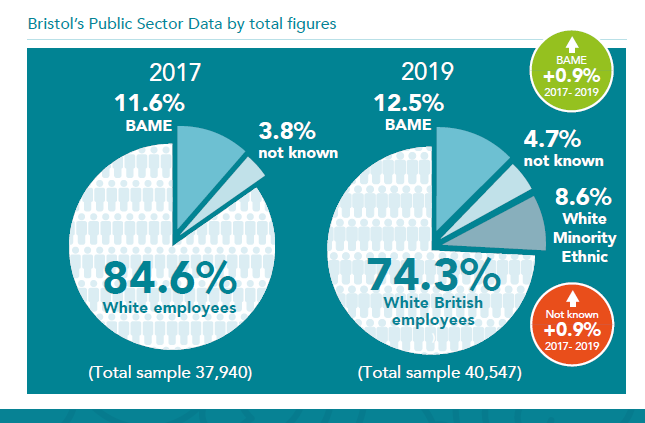 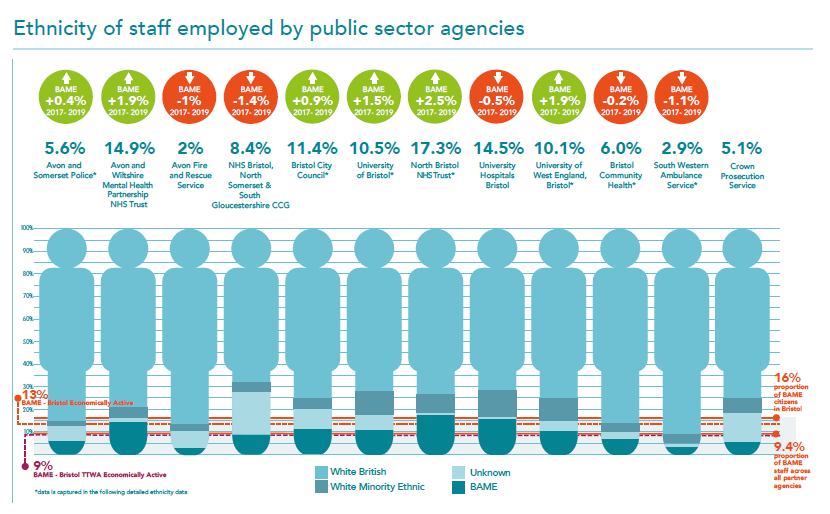 This project focuses on transparently presenting how all major public sector agencies in the City are performing in terms of their race equality data, including detail on pay by race for key H.R. indicators such as by representation, pay, grievance, disciplinary and sickness data. The full published version 2 report can be found here.

This innovative and detailed project saw the group focusing on diversity of race across many of Bristol’s major employers. The driving force of this key initiative is to ensure that we produce fairer, more inclusive workplaces for our employees across the City as well as ensuring more representative workforces to serve the communities of Bristol. 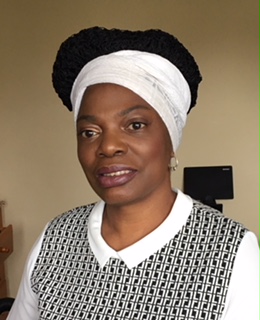 “This multi-agency approach to identifying and tackling race inequality is reflective of the One City approach that we are now committed to throughout Bristol when tackling our major challenges. We are working collectively and are focused on tackling the most prevalent issues arising from this city-wide data product to ensure we move to a fairer, more inclusive Bristol.

Having seen the positive collaborative efforts and commitment to transparency during and since our first race data publication in 2017, it is encouraging to see this award winning approach being built upon to ensure this results in the effective delivery of the significant changes and improvements required. A key feature of this latest iteration is ensuring all partners are committed to delivering on stated targets and actions to ensure all forms of inequality are addressed and tackled robustly wherever prevalent. I am delighted to say we have also taken this work further by engaging with other sectors across the city to encourage their input in to this version and future iterations of this data and performance-driven improvement journey”.

This second version is a further step forward on our transparent journey to achieving more diverse and representative workforces by broadening the scope of this work through engaging wider sectors in our city wide approach to collectively tackle race equality issues. This has resulted in the sample size now exceeding 40,000 employees across Bristol.

Version 1 of the Race Data Product – This first version of Bristol’s Race Equality H.R. Data product (published in 2017) was the first of its kind on a multi-agency and city-wide level. This report won the ‘Transparency’ Award at the prestigious Global Equality and Diversity Awards. This first version is available to view and download here.

The group created the city’s first ever data picture of 11 of Bristol’s largest public sector bodies. This picture focuses on pay disparity, sickness levels and grievances across the organisations as well as highlighting the ethnic make-up of each public body.

As well as being a first for Bristol, this type of city wide look at the ethnic diversity of public sector organisations is also believed to be a first in the UK.

In picking up the award the data tool was praised by the award judges for being “the best example of published data and transparent information across business and the public sector on organisational make up, staff and/or customer service.”

In addition the Strategic Leadership Group were commended for a high level of commitment to transparency, moving beyond statutory obligations, demonstrating engagement with a wide range of groups and working together to be transparent and open.

On Friday 18th October 2019 Bristol’s Race Equality Strategic Leaders group were instrumental in hosting a high profile and impactive Race Equality Conference at City Hall, College Green. The Conference was delivered on a national scale by a range of key national leaders and renowned race equality keynote speakers.  You can watch the Conference film here.

The Conference also received positive press coverage for the approach and content included. A series of press articles were published in relation to the Conference. These included an MJ press release which can be viewed here  and also a Bristol 24/7 publication which is available here.

Full details of the speech given by Lord Woolley at the Conference can be found here.

This event brought together over 230 delegates made up of national government, regional and local strategic leaders as well as specialist practitioners from across all sectors. Key outcomes were to ensure the creation of lasting networks, sharing good practice and learning, discussing future opportunities and challenges faced as well as setting the future direction of travel for tackling Race Inequality across the city and further afield. The delegate pack for the Conference can be found here.

This exciting, wide reaching conference was the first of its kind on this scale in the city and helped to build on the vast array of progressive multi agency initiatives already underway.

The event was coordinated by Bristol’s Race Equality Strategic Leaders group (RESLG) in partnership with the Commission on Race Equality, One City Office and the Cabinet Office’s Race Disparity Unit.

The Conference evaluation report, independently conducted by the Festival of the Future City team can be found here. This report includes comments and feedback from many of the attending delegates. 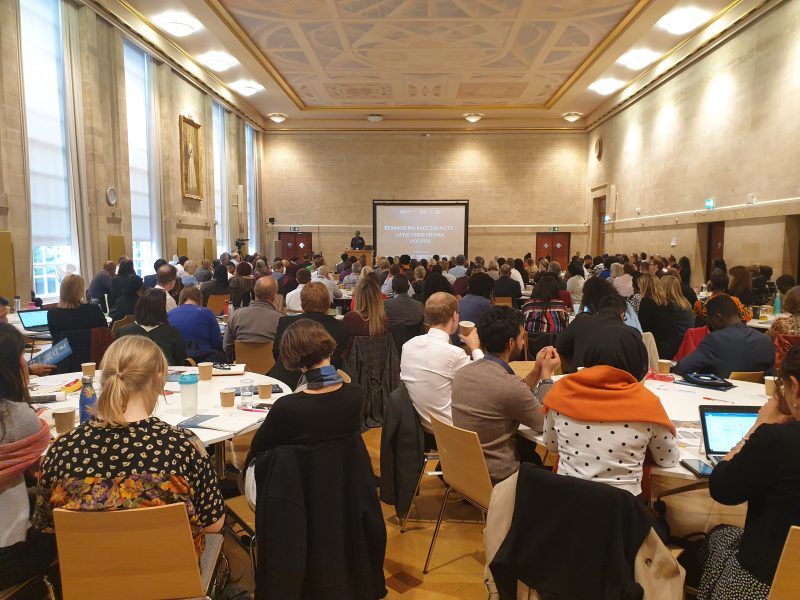